The elongated reed flute called ney (ney, nay), is one of the oldest musical instruments in the Near East. It is found in Arab countries, Turkey, Iran and Central Asia.

The word “Ney” comes from the ancient Persian word meaning reed, or bamboo and by extension reed. This instrument has been known since antiquity in the Near East. Iconographs and written references prove its use by the ancient Egyptians during the third century BC. millennium. Of particular interest is a ritual palette (2900 BC Ashmolean Museum, Oxford) depicting a fox playing new for a dancing giraffe. A silver cloud estimated at 2400 BC. was found in the royal cemetery of Ur in southern Mesopotamia. The nei had various functions in Islamic culture, as an instrument of the court, as an instrument of folk music and as an instrument of the Sufi sema (Semâ, Samâ ‘).

The relationship of the new with the sema / semâ, the rotational practice of the Mevlevi dervishes, is certified in a poem of the 15th c. of the Sheikh of the Order of Halveti Cemâl-i Halvetî (-1494?): The lament of the young man penetrates his heart and leaves a sigh with a cry “He!” [Hû!] In Mesnevi Mevlana conveys the meaning of “His” [Hu!] (Feldman, 1993: 256). At the end of the 16th century, the development of the new in Turkey took a completely different direction, which has no counterpart in the older or even modern music of Makam.

The aesthetics of the Sufis in the new were gradually integrated into the aesthetics of palace music. This superiority of the instrument in secular music should be seen as coincidental to a more general renegotiation of musical expression, which must have influenced many other musical spheres such as tuning, tone, rhythmic education and rhythm. The style of music performed by Mevlevi Neizen was thus one of the many dissimilar elements, which all together created a coherent whole.

(From the book by Walter Feldman, Music of the Ottoman Court. Berlin: VWB 1996 – Translated from the English language, edited by: Haris Lambrakis) 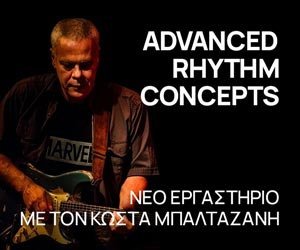